Already on Monday evening, we introduced the participants to a text which has been exclusively written for the Waves of Democracy Summer Academy by Danish writer Kasper Norgaard Thomsen. “Among the Titans” – based on the story of the tower of babel – aimed at inspiring the participants on reflecting upon their idea of a common European narrative and how this could be presented in a creative performance.

On Friday afternoon, the people of Sonderborg were lucky to enjoy a spontaneous matinée in the townhall square. Music and poetry performances made it an unforgettable afternoon. 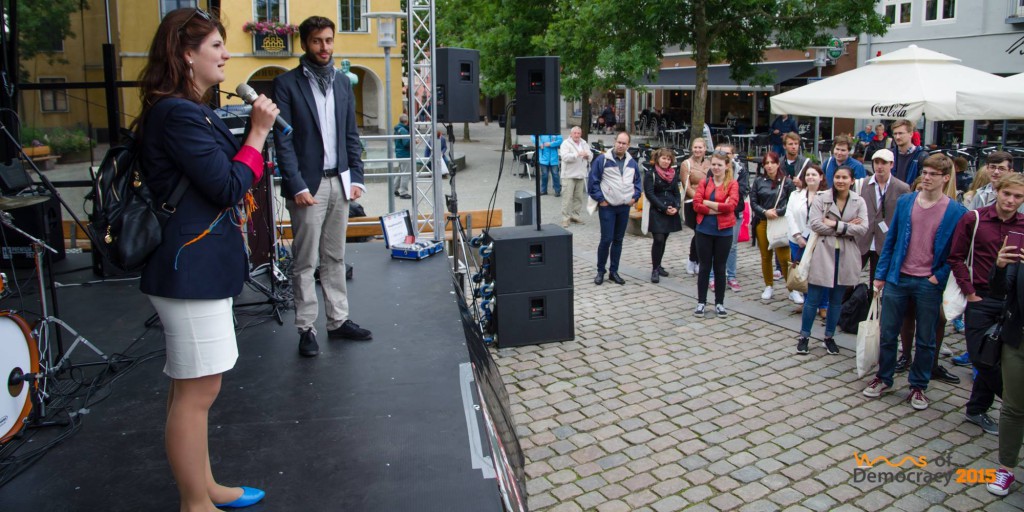 Kristina opened the stage, introducing the audience to an impromptu performance: “Sharing ideas”. — with Christina Komarova and Andreas Guidi. 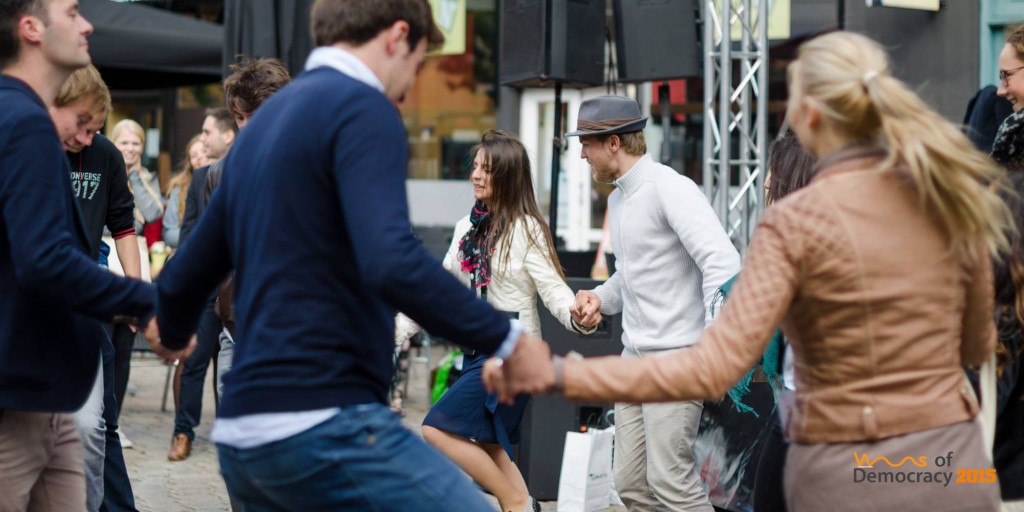 What started out to be a Romanian traditional dance soon turned into everybody joining in, dancing on the townhall square – no matter the nationality. — with Jérémy Gautier, Giovanni De Palma, Gor Nazaryan, Bogdan Pavel, Tim Huyeng and Leise Hartvig Sandeman.

In no time, we had the attention of everyone sitting in the surrounding terraces of the cafés, as well as passers-by. We were more than happy to also welcome some of our new Syrian friends whom we met in the Asylum Center on Wednesday. They even performed a beautiful Syrian song for us and the audience.